Christmas comes but once a year.

My grandma came to my parents’ house with my Aunt Zoe and Uncle Fred. They also brought my cousin Bart.

My grandma sat demented on the couch for most of the day. She picked her lip until bled when she thought they weren’t coming back to get her. At four o’clock she began to panic. Would she make it back to the nursing home in time for dinner? She picked her lip some more.

She said that Becky talks nasty and wouldn’t sit on the couch with her.

She didn’t like the pictures of my mom that her college roommate had given to her. They were of my mom and her friends being silly in their dorm rooms in Painter. Studebaker was the same in the sixties as it was in the nineties when I lived there. It looks different now.They finally remodeled.

My cousin Bart still annoyed my brother. He still gravitated toward me. He didn’t change a bit in the 10 years—give or take a couple—that he was in prison. Now he sells Kirby vacuum cleaners door to door. I did learn how to make moonshine in a trash bag with commisary oranges and a loaf of bread. He said it tastes like hell but it’ll get you there. I wanted to ask where it took him behind those bars. I didn’t. I might one day.

The rest of Christmas was good. My family has given up buying gifts from the stores for each other. I like it. I got several bags of different types of Christmas treats, “Momma Sandy’s” dry oatmeal mix, a tie-dye shirt made by the special ed. students at the middle school where my mom teaches, a photograph taken by my brother of a viaduct with writing on it, and a candle-box with four candles and a cedar front made by my father.

The saying in the photograph is something like “Generosity isn’t measured by how much we give, but by how much we keep.” That pretty much sums up how I feel about it. The things we keep sort of point out what we aren’t willing to give up. My brother runs past that saying every day. I would like to run past it, too.

Finally, I was saddened to hear that Eartha Kitt died yesterday, but how fitting that the woman who began the Santa Baby tradition would die on Christmas. Eighty-one years is a long time to spin on this ball of dirt, and as long as she got a sable under her tree, I am sure she didn’t mind checking out on the holiday that catapulted her stardom that one last grand notch. 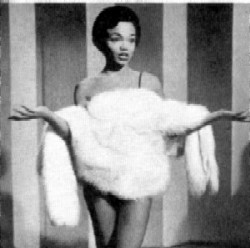